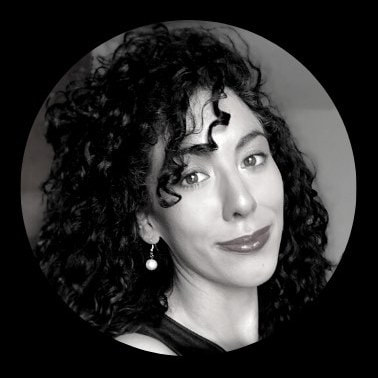 Christine Sloan Stoddard (a.k.a. Luna Lark) is a Salvadoran-American writer, artist, filmmaker, and the founder of Quail Bell Press & Productions. A lifelong storyteller, she is the author of Heaven is a Photograph (CLASH Books), Naomi & The Reckoning (Finishing Line Press), Desert Fox by the Sea (Hoot 'n' Waddle), Belladonna Magic (Shanti Arts), Water for the Cactus Woman (Spuyten Duyvil), Hispanic and Latino Heritage in Virginia (The History Press), and other books. You can find her words, images, and videos in Ms. Magazine, Bustle, The Feminist Wire, Marie Claire, The Huffington Post, Yes! Magazine, Digital America, Native Peoples Magazine, and beyond. Her visual work has also appeared in the New York Transit Museum, the Queens Museum, the New Britain Museum of American Art, the Waveland Ground Zero Hurricane Museum, the Poe Museum, The UnSpace Gallery, and elsewhere. As a writer and performer, she has shared her words and the words of others at the John F. Kennedy Center for the Performing Arts, Berl's Brooklyn Poetry Shop, Radio Free Brooklyn, FiveMyles Gallery, Theater for the New City, Broadway Comedy Club, and elsewhere.

During the 2020 New York City COVID-19 shut-down, Christine was an AnkhLave artist with an outdoor installation at the Queens Botanical Garden in Flushing, NY. She also returned to Richmond, VA for a residency at 1708 Gallery after losing her studio space, which had been repurposed for the medical emergency. (You can find out more about Christine's early pandemic doings here.) Prior to the pandemic, she was the first-ever artist-in-residence at Lenox Hill Neighborhood House, a 124-year-old settlement house in New York City. She has also been the artist-in-residence at VCUarts Anderson Gallery, Annmarie Sculpture Garden-Smithsonian affiliate, the Brooklyn Public Library-Eastern Parkway Branch, Woodlawn-Pope Leighey House, and other organizations.

​​Among her many honors, Christine has been named one of FOLIO:'s "Top Media Visionaries in their 20s" for founding Quail Bell Magazine, the Puffin Foundation's National Emerging Artist Grant, The Southeast Review's National Artist Feature, Style Weekly's "Top 40 Under 40" in Richmond, VA, and "Top 40 Virginia Artists Under 40" by the Shenandoah Valley Arts Center. She holds an M.F.A. from The City College of New York-CUNY and undergraduate degrees from VCUarts, VCU School of Business, and VCU College of Humanities & Sciences. A proud AmeriCorps alumna, she lives in Brooklyn, NY with her husband.

​Find out more about Christine at www.worldofchristinestoddard.com.