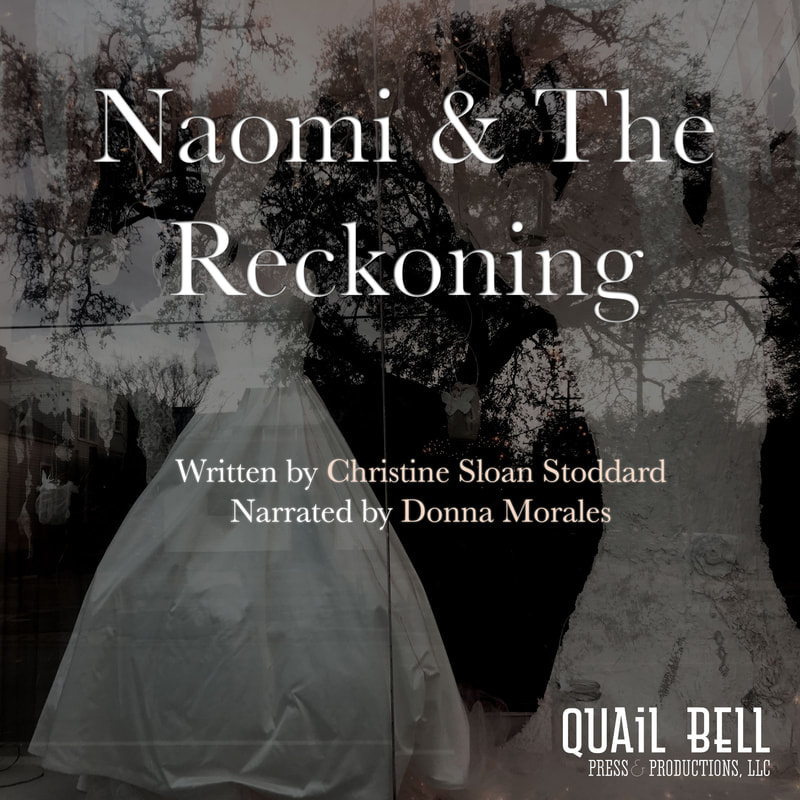 Naomi & The Reckoning is a novelette that follows Naomi, a young woman with a physical deformity living in Richmond, VA. Struggling with body acceptance all her life, Naomi also comes from a strict religious upbringing. Purity culture further complicated her relationship with her body and, now recently married, she can’t find sexual satisfaction. The book opens with five narrative poems that lead into the central story, a work of prose fiction. (Total running time: 41 minutes 26 seconds).

About the Music Producer

Quail Bell Press & Productions would like to thank the following individuals for their support of and assistance with this project:

Stay tuned for the forthcoming film!
​