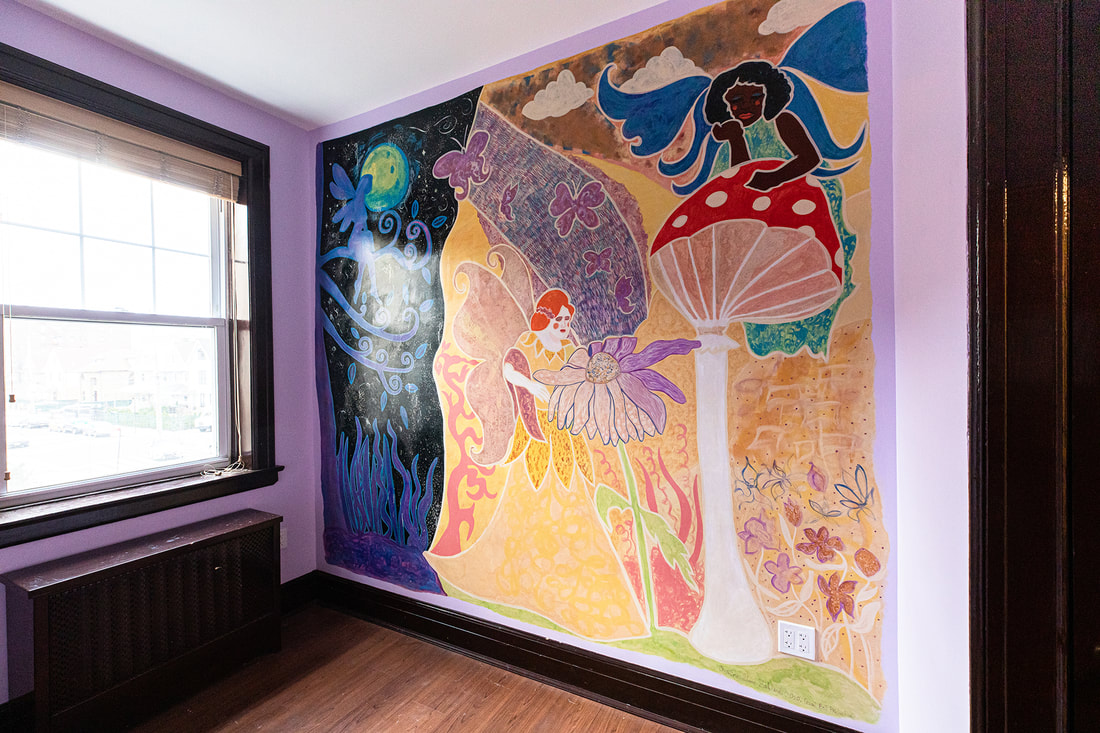 Photo by Shawn Inglima
Quail Bell founder Christine Stoddard makes energetic, textural murals using acrylic, house paint, and sometimes non-traditional media like found objects. Her style has been described as a contemporary take on Figurative Expressionism, infused with motifs from Magical Realism, the New York City graffiti scene, and folk art. Though her subjects vary, she especially loves animals, folk tales, history, and feminist themes. All of her work is hand-done; she does not use stencils. ​Every mural is signed by Christine and includes an official Quail Bell stamp of approval. 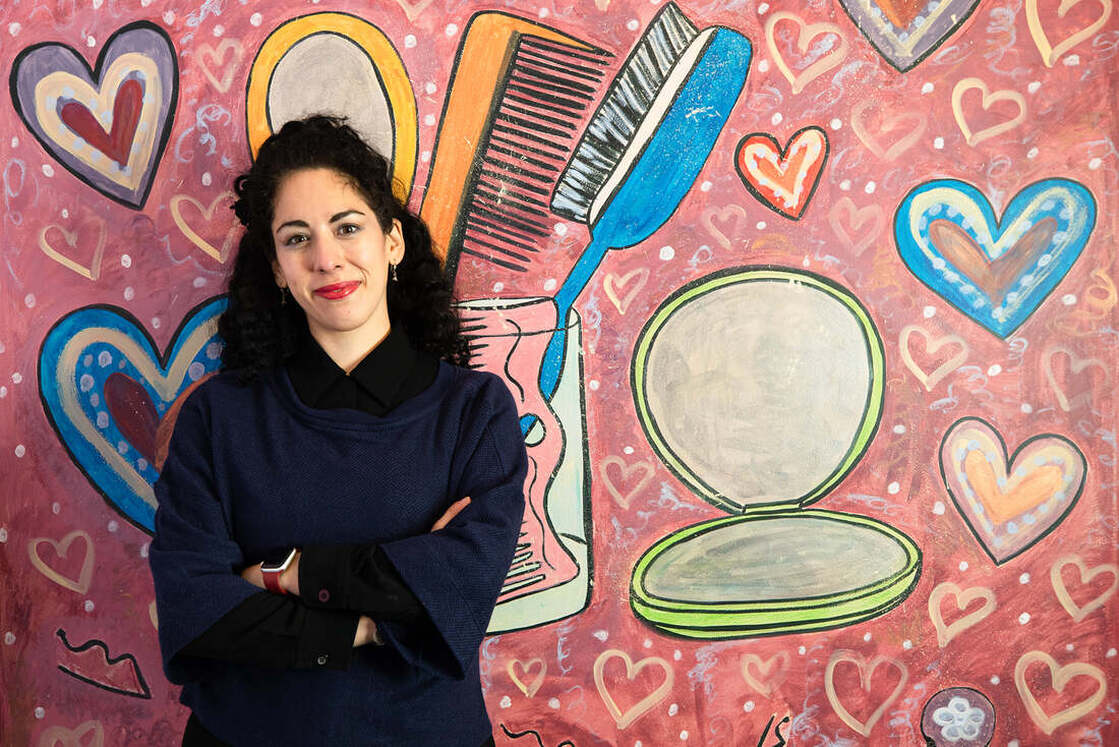 Photo by Shawn Inglima
Christine's Quail Bell murals have been featured in the media. Here's a video she was asked to make for Authority Magazine's partnership with Thrive Global:
Christine is currently available for commissions. She will consider private and commercial work, as well as work in schools and non-profits. This may include group homes, nurseries, stores, restaurants, and other spaces.
​​
A 50% deposit is required for all mural commissions, regardless of size. Small bedroom murals start at $1,500 (inclusive of supplies). Locations outside of the five boroughs of New York City— including those in Westchester, Nassau, and Suffolk Counties, as well as any site in New Jersey or Connecticut—will be assessed a mileage fee. Outside of the Tri-State area, lodging must also be covered. 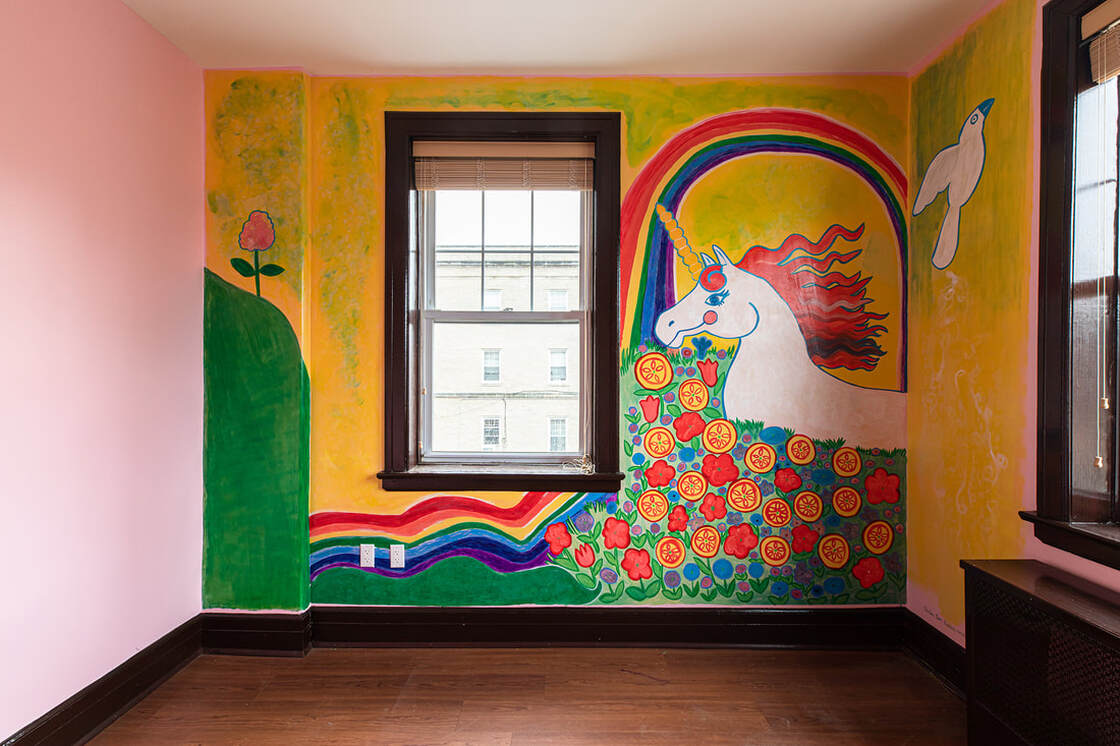 Photo by Shawn Inglima
​Contact us with your Quail Bell mural inquiry here.